The Cox’s Find Gold Project is an Archaean orogenic gold deposit located in the Duketon Greenstone Belt in the Laverton Gold District of WA, located along strike from, and within 12kms of, Regis’ multi-million-ounce Garden Well Gold Mine. The historical Cox’s Find Gold Mine was operated by Western Mining Corporation (WMC) for a short period between 1937 and 1942 producing approximately 77,000 ounces of gold at a reported head grade of ~22 g/t from a vein stope operation.

Recent tenure applications have expanded the project footprint to over 50km2 with direct access to three of the major structures in the Duketon Belt. 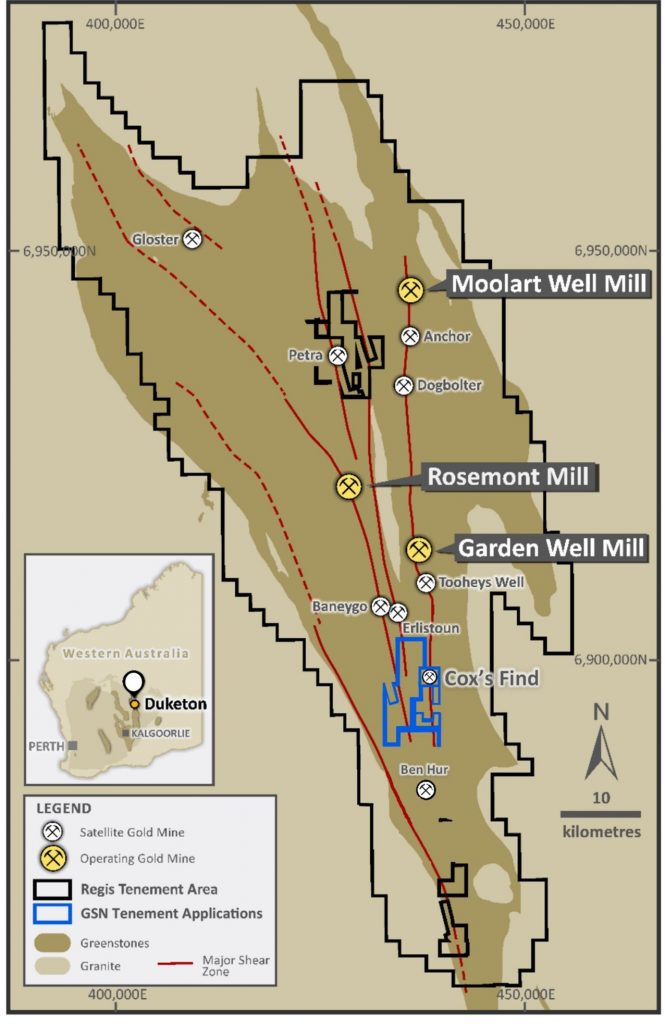 Following the acquisition of the Project in September 2019, the Company immediately set about aggressively exploring the Project with a 17-hole Reverse Circulation (RC) program completed for a total of 2,658m.

Further details can be found in the ASX announcement of 26 November and 19 December 2019.

A geochemical program in March 2020 revealed encouraging anomalous zones with significant associations with gold and associated key pathfinder elements (As-Cu-Zn-Bi-Se). These results were then correlated to the geophysical mapping (refer ASX announcement 22 April 2020).

The Company commenced a two-phase, 9,000m drilling program consisting of RC and Diamond Drilling (DD) in early June 2020. The DD program consisted of a five-hole diamond tail program designed to intersect the Cox’s Find main lode in areas of high-grade mineralisation and build on the understanding of the structural orientation of the high grade mineralisation to give insight to the structural constraints which can be used for the future drilling programs. The first DD hole was highly successful with a spectacular gold intersection produced of 5.65m @ 80.0 g/t gold from 160.05m including a bonanza intercept of 1.1m @ 404.0 g/t gold from 164.6m noted (refer to the ASX announcement 29 July 2020). 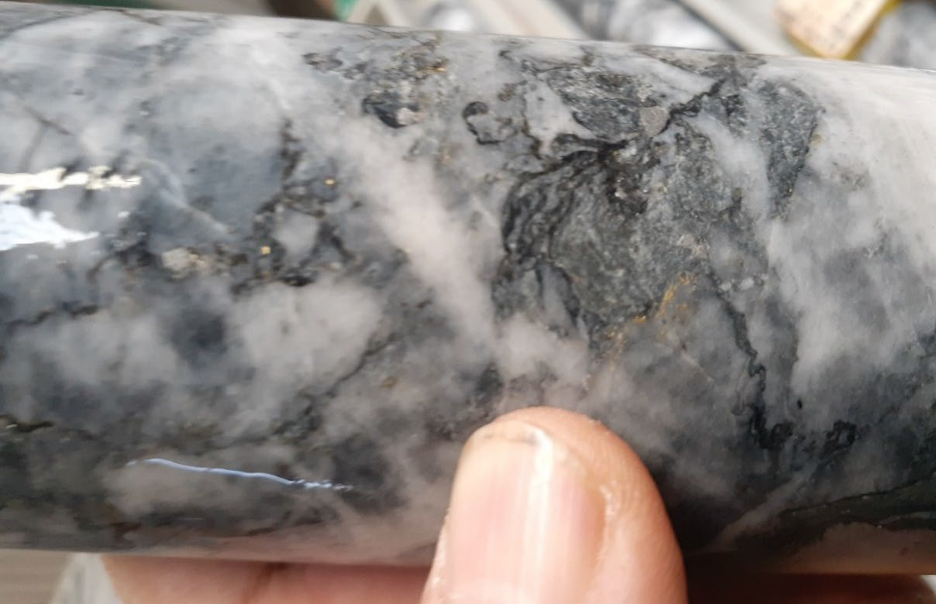 In addition to the bonanza intersection from the diamond hole, highlights of the 2020 program included the following:

The project also hosts several low grade stockpiles and tailings dumps that may be available to monetise if the opportunity presents with one of several nearby mill operators.