In March 2018 GSN acquired the gold rights for the Mon Ami Project which comprises a Mining Lease M38/1256 granted in 2012 for a term of 21 years. The tenement lies within the Mt Margaret Mineral Field of the north-eastern Goldfields of Western Australia (Laverton Greenstone Belt), approximately 14 km east of the Granny Smith Mill and 12 km southeast of Laverton. The ground has widespread gold anomalism, artisanal-scale gold workings.

The Laverton region has a well-documented gold endowment with in excess of 25 million ounces with two world class deposits, in Sunrise Dam and Wallaby, and numerous deposits that show endowment more than one million ounces (e.g. Mt Morgans, Lancefield, Granny Smith). 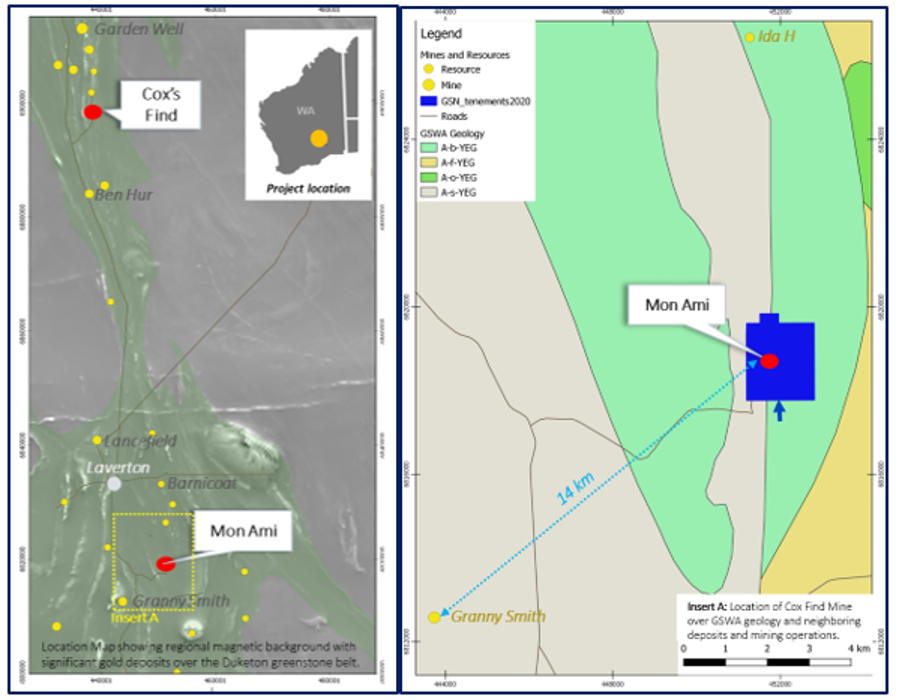 Encouraging gold mineralisation was identified at Mon Ami in RC drilling undertaken by Valleybrook Investments in late 2017. In June-July 2018, GSN completed a maiden drilling program at Mon Ami comprising 5,821 drill meters from 40 RC drill holes (MLRC011 to 050) designed to test the continuity of that gold mineralisation. Significant intercepts from the drilling were reported in an ASX release dated 16 July 2018.

At the completion of the maiden drilling program the Company commenced resource assessment and the project has now reported, in accordance with JORC (2012), a Resource of 1.1 Mt @ 1.7 g/t Au for 59 Koz. The Resource Estimate was released to the market on the 7th November, 2018 and has been estimated above a 1.0 g/t gold cut-off.

Metallurgical testwork notes that conventional processing flowsheet, under standard processing conditions, is suitable for treating the Mon Ami gold project ore and produced recoveries averaging 95% in the oxide and transitional mineralisation. This mineralisation would be suited to treatment through a standalone CIL/CIP gold operation or toll treated through one of the existing regional mills. The results relating to the metallurgical testwork were released to the market on 24 January 2019. 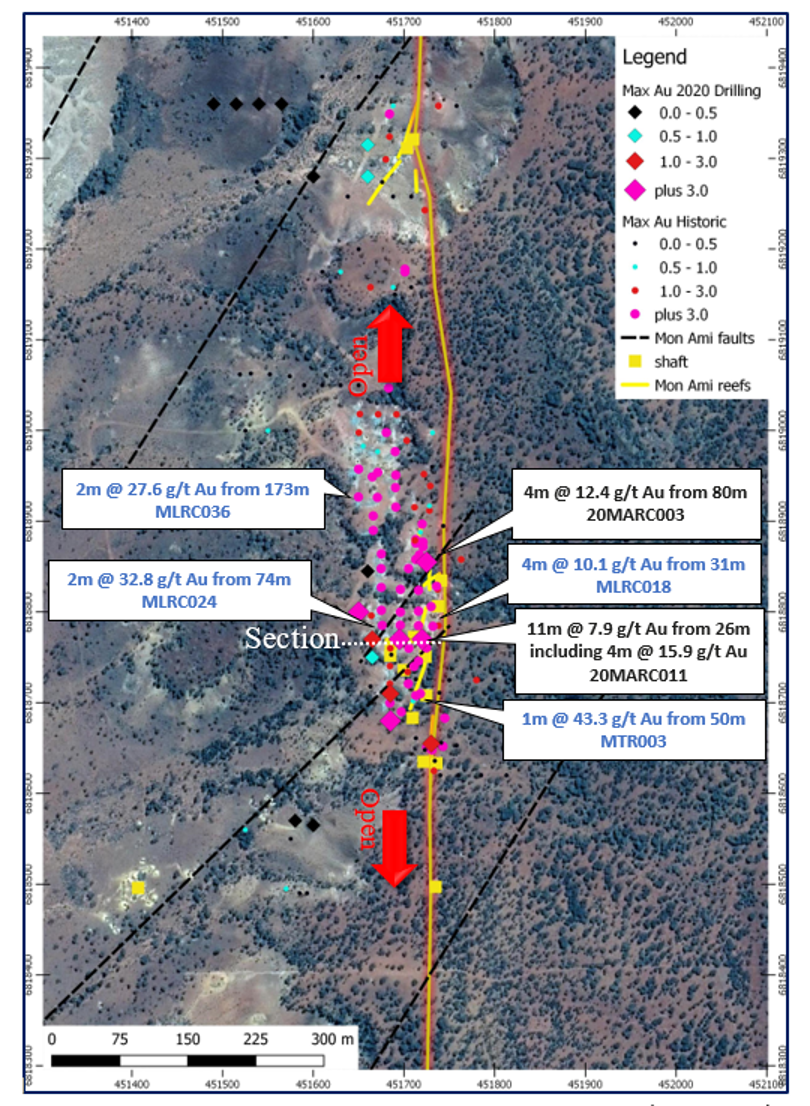